Reasons to not let this property market make you glum

I was on the phone with a potential client yesterday who said she was thoroughly fed up with house hunting. The houses they liked were being snapped up before they had a chance to get a foot in the door, and they were beginning to think the other houses on the market were just the dregs that no one else wanted.

Firstly, it should be pointed out, that this was only one person’s opinion and a fed up person to boot. Secondly, we are sympathetic to house hunting becoming quite a despondent task, as every visit to a house comes with a high level of expectation, and when it turns out to be the ‘wrong’ house, it leaves you feeling doubtful that you’ll ever see the ‘one’.

If you are finding yourself in this quandary, we want to assure you that all is not lost and even in a market that is a little subdued, we have some examples from our own experience that will hopefully inspire you – or at least encourage you to dust yourself off and start to think about house hunting from a different perspective.

Take our London based clients ‘*Jules & Sam*. They are in the process of buying a house that we found after the first house – a development project – that they had set their hearts on went to sealed bids and went for way over asking price (and their upper limit).

There appeared initially to be nothing else either on or off the market, which would have suited them. However, because they had showed willing to take on a substantial project, we started to look at houses at the lower end of their budget with the potential to create what they really wanted.

Only a week or so later they made an offer on what appeared online to be an average, rather dated house, but in a fantastic location, five minutes drive to the station and with huge development potential. By opening their minds to a project, they have ended up with what will be a fabulous family home, in a sought after location that otherwise would have been out of their reach financially.

Reason 2 – It might not be the house, just the location you need to change 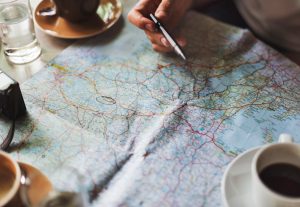 Our next example is *Jill and Jack* another London family – who had been looking for months on their own until they met us a ‘free session’ we held in South West London in March. They knew what type of house they liked but were struggling to find the ideal location in an area that they didn’t know very well. If you are really hitting a brick wall in terms of the houses you are viewing, it may be time to change location. For this family a fast commute was crucial – they didn’t want to move to the countryside only to spend even more time apart. Following an orientation tour showing them other areas to the one that they had previously been considering, we opened up their eyes to other options, therefore opening up the choice of houses available to them. This led to them finding a fantastic family home in a completely different area to where their search had started. 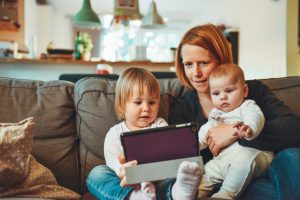 Sometimes when the market is especially buoyant the price paid for a house can go over asking, in most cases everyone is happy, the seller gets a good price for the house and the buyer is so happy to have secured the house they wanted so don’t mind paying a bit more. In this current market, the good news is that sellers are more likely to take sensible offers on their houses. This doesn’t mean they are making huge losses but the market is self-regulating.

Take for example our clients *James and Nathalie*, a local family who have just moved into their new home. Because their search area was so specific, we were able to find a house that was in the area they wanted but not in the shape that they would have hoped. Before making the offer, we were able to calculate backwards exactly how much we thought needed spending on the property, to bring it up to the standards that the clients desired. Happily, the sellers accepted our offer because they though it both reasonable, were able to explain the figure presented and back it up with both proof of funds and a relaxed completion time.

Obviously our opinion is from the buying side, so we asked local Estate Agent, Marcus Cadman from Hill Clements, for his point of view on why the current market isn’t as bad as it might first appear.

“Well we have had 2 1/2 very good months for agreeing sales. The telephone might not be ringing off the hook but the buyers that are out there are very committed. The underlying theme that comes out of a lot of these sales is that price is so important to get right at the outset, there is precious little room for being over optimistic.

It is a sensible trading market. In some cases last year we would have had 2 / 3 buyers per property and whilst that is still the case with certain houses, there does seem to be just that one buyer out there currently. Right house, right location, right price are the key ingredients when looking to sell. The Guildford town market is still performing well and the convenience for town living still very popular. Despite the London market being unsettled the local market has been very active.”

So, we wish you luck in your house hunt and keep going you will find the house you want, in the end. You may just have to compromise on either the amount of work you are willing to do, or location.

We’d love to talk to you about our unique approach
and how we can help find your ideal home.